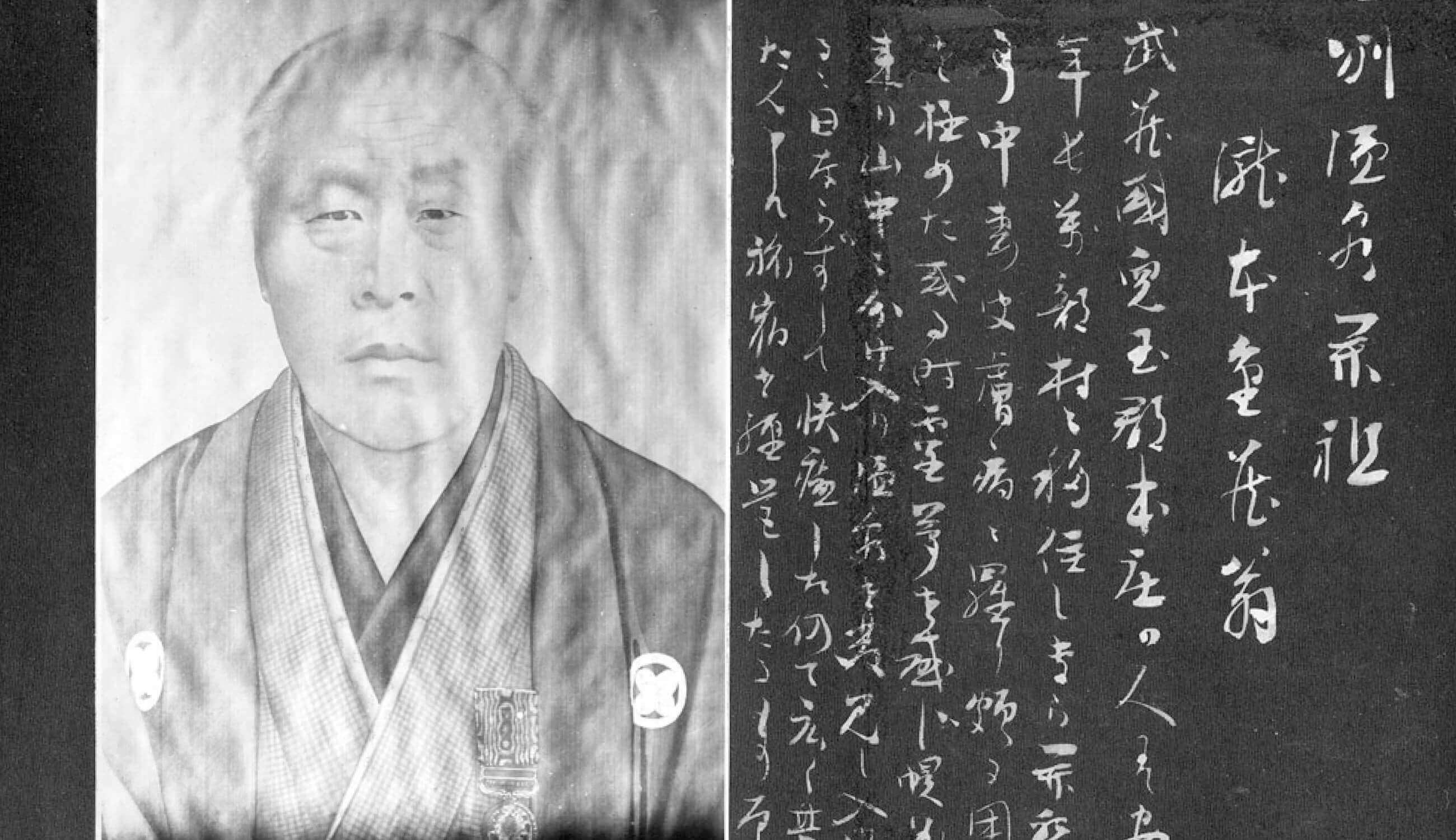 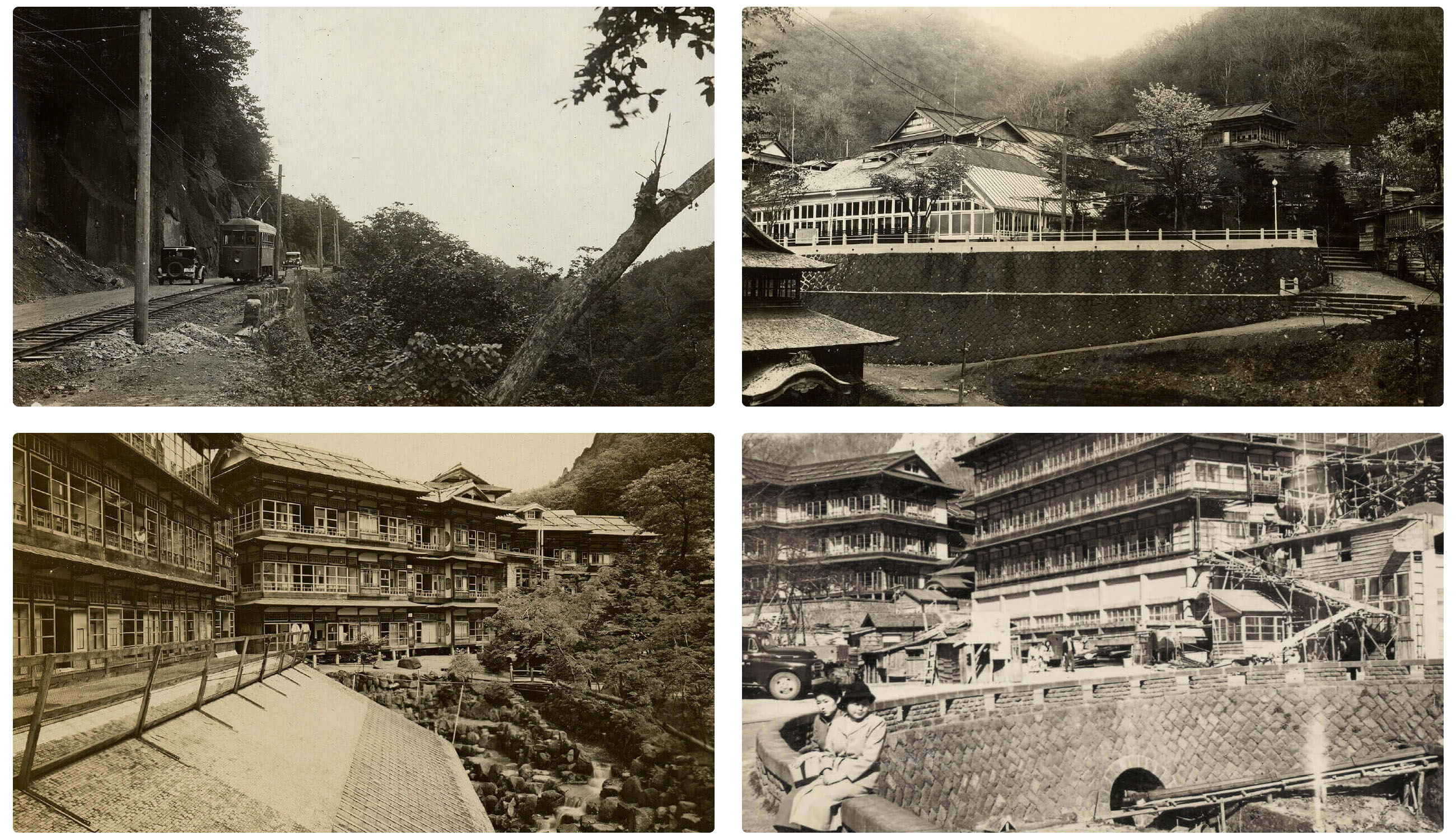 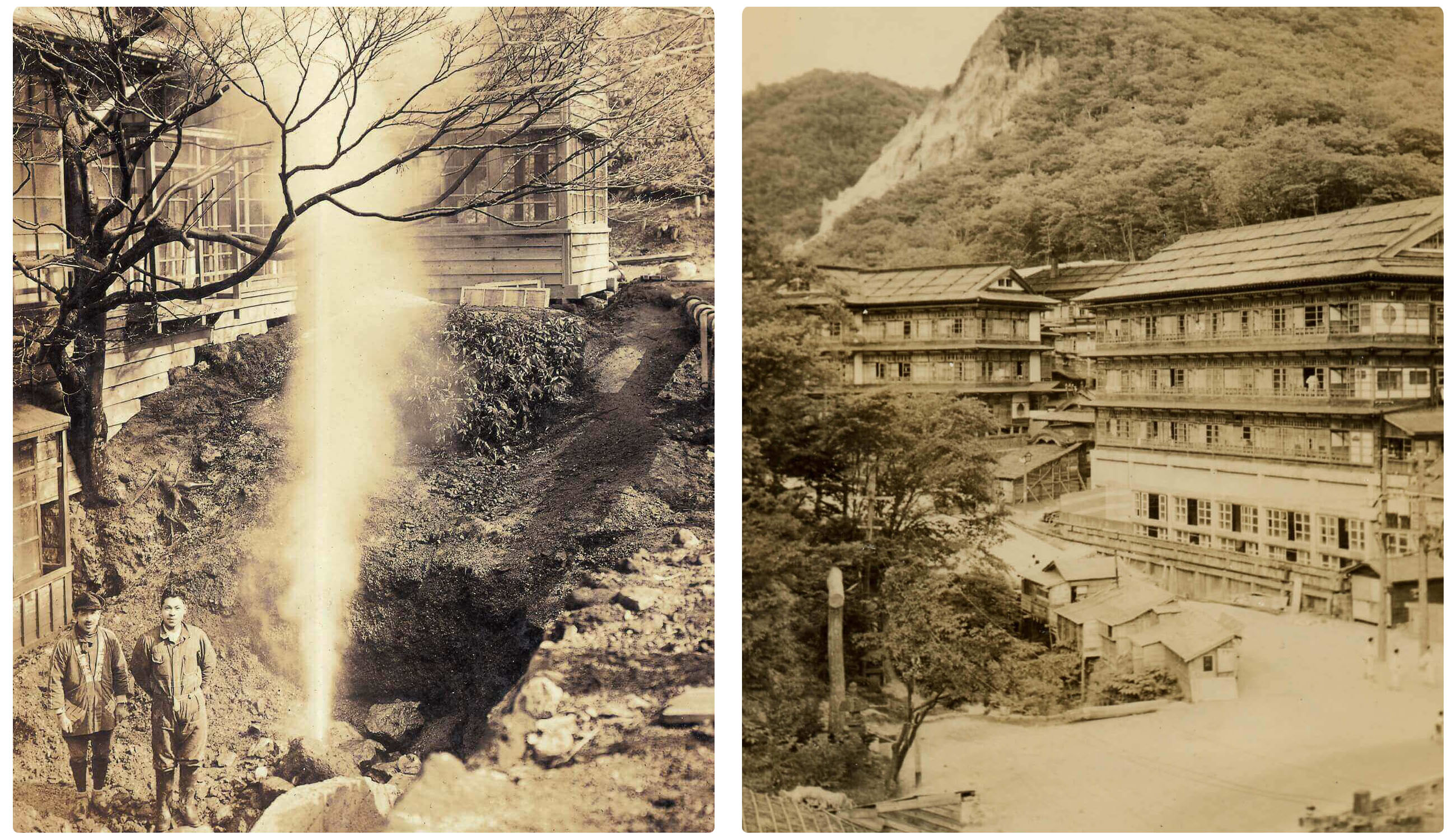 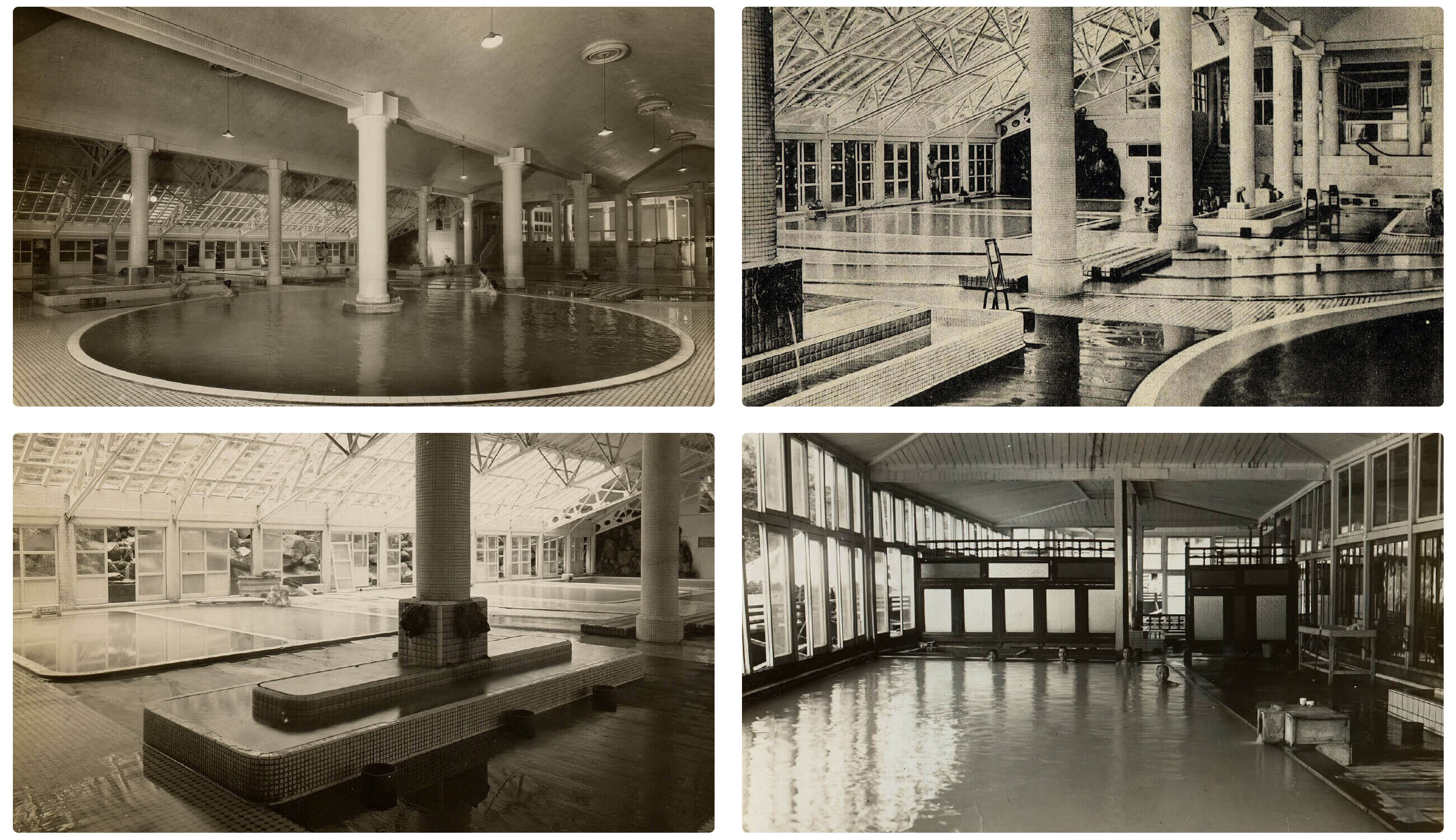 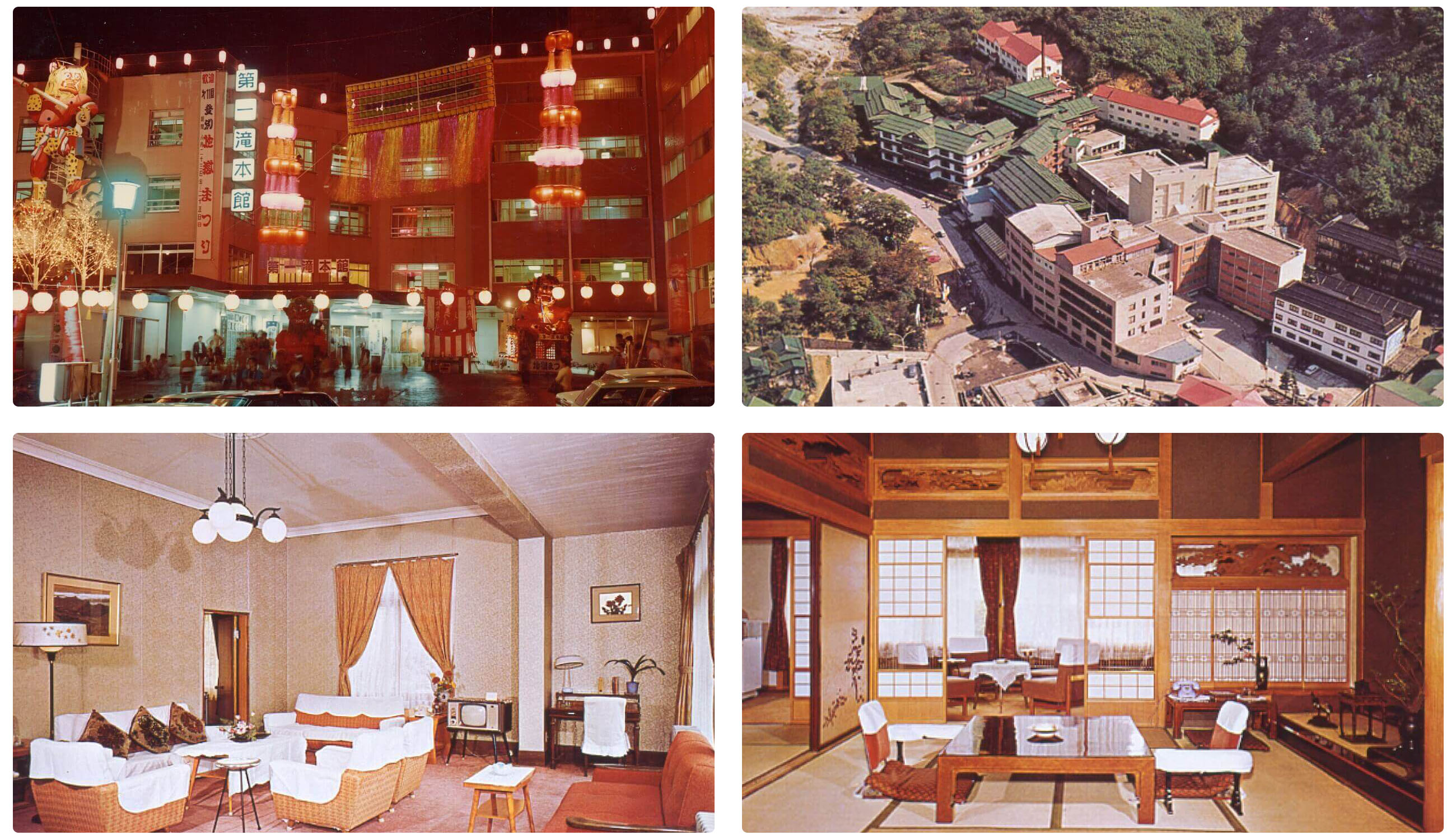 A history built on love.

Kinzo Takimoto was a carpenter in Edo (now Tokyo). At the age of 32 he moved to Oshamambe, Hokkaido, and later to Horobetsu where he worked on the construction of an ekiteijo, an accommodation facility for men and horses providing postal relay services. His wife Sata suffered from serious dermatosis. When Kinzo heard about the hot springs in Noboribetsu, he pushed his way up a mountain path with Sata, and built a tiny hut there so she could treat her condition. Sata began bathing in the waters and finally recovered. To promote the spa’s healing properties, Kinzo obtained permission to be a yumori (the keeper of a hot spring with exclusive rights) and opened an inn that offered hot spring bathing. Everything at Dai-ichi Takimotokan is rooted in this hot spring—one that was established for a cherished wife.

The inn became popular among Hokkaido’s indigenous Ainu, who had been the first to enjoy the spring’s waters, workmen at Mt. Io, and samurai stationed at the jinnya (administrative headquarters) of the Sendai domain in Shiraoi and the Nambu domain. Kinzo established an ekiteijo in Noboribetsu and succeeded in multiple ventures, including fishery management and agricultural development.

From the mid-Meiji period, Noboribetsu Onsen grew in popularity as a place for social gatherings. With the increasing number of spa guests, Kinzo improved the paths to the hot spring. He was decorated with the Medal with Blue Ribbon for his achievements in operating a horse-drawn carriage service.

Noboribetsu Onsen, which Kinzo established, has become one of the most popular onsen resorts in Japan, welcoming 2.8 million visitors a year. After many changes over the years, in 1953 Yumoto Takimoto changed its name to Dai-ichi Takimotokan, and is committed to fostering Kinzo’s spirit of hospitality.